2003 was another Watershed year for me. The concept of “Active Life” for senior citizens was born out of an opportunity where my experience of life in an army cantonment could be implemented with suitable modifications!

On a Sunday morning in 2003, an auditor friend of mine, came to our home in Kovaipudur, a suburb of Coimbatore! This friend took me in his car to Siruvani Road, not far from our home and then to his farm of 16 acres, about 500 m from the main Road. On that turning, there was a Rural Health Centre of one of the multi-specialty hospitals of Coimbatore.

The side road leading to the farm was badly maintained and there were a few houses. Once you entered the farm, I could see a beautiful hill in the background with clouds kissing its top, a coconut grove, green fields, cows and dogs and the caretaker with his family, who lived in a hut. With the hill in the background, greenery all around, birds chirping, the fresh smell of soil and cow dung and the quiet surroundings made that farm pristine.

We sat on two chairs in the Coconut Grove, sipping coconut water and discussed on the possibility of developing the farm into a real estate project. With lack of social infrastructure like school, distance from the city (12 kms), no bus to the gates of the farm and the fact that not much development was noticeable in the surrounding areas, I regretted that such a real estate project would be difficult to sell. At that time, even Isha was not known and what one sees today on Siruvani Road was not there. I told him that I will explore and come up with a different model like week-end homes for the residents of Coimbatore or some other options, which would make the project viable.

Chitra, my wife asked me about this visit to the farm. I told her that the location was unsuitable for real estate project and that I would look at the feasibility of some other concept. She then said, “why not create an old age home where we can live as a group of like-minded people in our sunset years?”.She reminded me of St Joseph Home for the Aged!  Thus, was born the idea of Comfort and Retirement Homes! And an opportunity presented itself!

I wrote the concept paper to know if the idea was workable. All ideas look great. But, when you put it down on a piece of paper, you will realise how bad or good that idea is. My concept of “active life” for senior citizens was an army cantonment. Yes, a cantonment has everything that one can ask for. Security, housekeeping help, officers’ Mess for food and get togethers, a medical room with an ambulance, vehicles or cars, postal facilities, open air theatres, water and electricity, garbage clearance and above all, a clean and green environment! That is what we need in an old age home – facilities and services including basic medical and emergency evacuation.

I made a questionnaire to validate the concept and its acceptability. Internet was still nascent. I used to write daily news summary about Coimbatore called “Coimbatore Times” and shared it through a Yahoo Group that I created! I had a large number of Coimbatoreans living abroad and in India, looking for local news. A number of them were software engineers who left the country in 1998-99 because of Y2K. The questionnaire was posted in the same Yahoo Group and I requested the readers to pass it on as an email blast! Many did and I got a large number of replies, from seniors as well as their children. It was the cheapest marketing technique to validate a concept of living that I ever used!

Encouraged by the response which was mostly positive with a few apprehensions, I went to the owner of the farm and told him about the concept of active life for seniors through comfort and retirement homes. I asked for a joint development for five acres only. The villas were designed by Ms Mini Fowler.  I got the approval from DTCP Chennai for 48 plots with a park. My idea was to construct 42 odd villas and keep the balance for services and medical facilities. The villas on 4 cents of land measuring about 800 to 900 sq ft were priced at a princely sum of Rs 8 to 10 Lakhs! The cost of land was Rs 15,000 per cent and construction cost was less than Rs 300 per sq ft! What happened later is another chapter! We had to buy additional land for creating the services and care facilities including for future expansions in that location. So from 48 exquisitely designed villas, we ended up with 130!

Chitra and I named the project as SOUNDARYAMCOMFORT AND RETIREMENT HOMES. Soundaryam meaning beautiful!

We requested my friend and his wife, who was the landowner to perform the Bhoomi Pooja. I invited a few friends for the occasion.  Many of them wished me luck and some were very skeptical of the concept succeeding! By then, Lt Colonel Ravi Menon who was two years my senior in National Defence Academy, joined me as the Project Manager. He had just retired from a perfume manufacturing company at the age of 58 years. I was around 55 years old. We used to meet in our Retired Officers’ Club. He asked me for a job, and I told him, “Sir you are a Communication Engineer and what do you know about construction?” He replied, “if a tenth class pass from NDA can undertake real estate development, why can’t an educated Communication Engineer learn about construction and project management?” A good logic! We shook hands and thus he became the Project Manager for Soundaryam.  Menon Sir, as I used to address him, worked with me for many more years! He knows every single brick in Soundaryam Santhosham, Shenbhagam and Santhosham Extensions.! He became a Ustad in construction and project management!We converted one of the cowsheds in the farm as our site office! Covai was operating from a three-bedroom apartment in the city adjacent to the Residency Hotel. 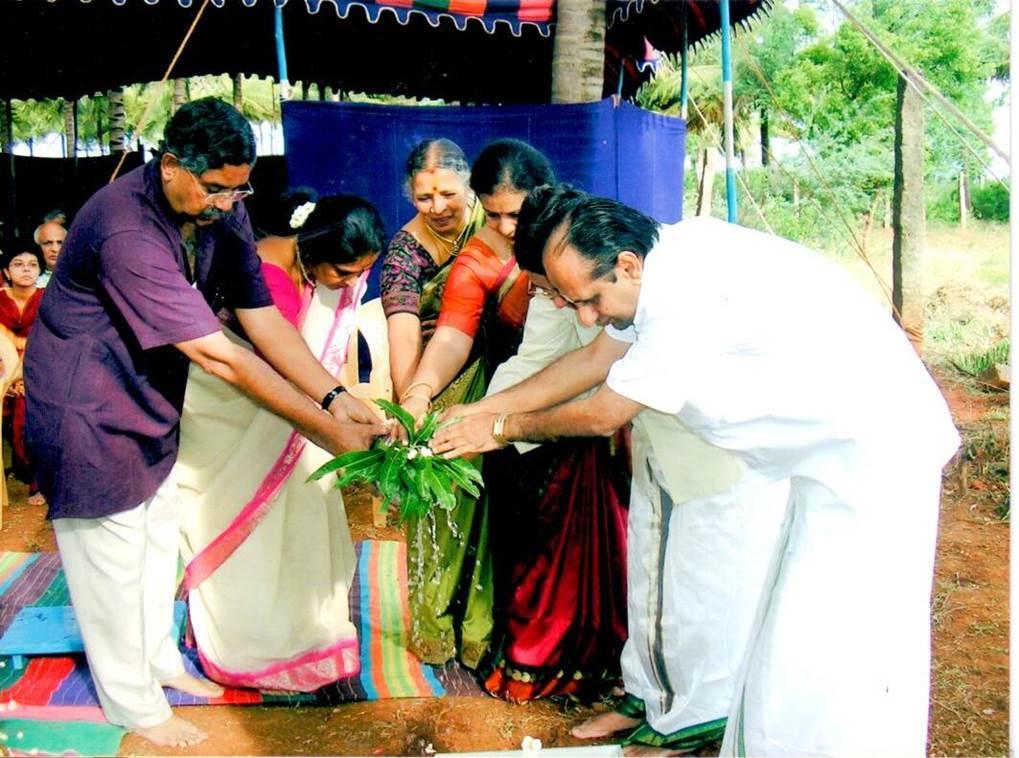 Those were the early days. We had a small budget for marketing. We advertised in local newspapers and also in a Tamil Magazine Mangayar Malar that used to be published once a month. We got full page ads for one year at a concessional rate!

For the first three months we got no booking. Menon Sir and I used to say, “we have cooked our chips!” But we did not lose hope. One day, one couple who were living in Parsn Gated Community, came over to the site and booked a one-bedroom villa for about Rs 7 lakhs! Menon Sir and I celebrated that evening with our better halves! In the next nine months we sold out Soundaryam and started planning for the next – Santhosham adjacent to Soundaryam on the land belonging to the same friend!

Every journey begins with a small step. And ours began 16 years ago in this segment of senior living and now care. Along the way, we dropped Home and made it Retirement Community or Senior Living. Now it is Senior Care.

To be honest, at the end of the day, it is a home! Perception of a home changes with time. We began our lives with our parents in a home. We build our home with our family. Our children when they grow up leave us and set up their own homes. As we age, we continue to live in a house called home. A home, after all is built with love. I have seen lots of love in old age homes. Senior living or retirement community also consists of shelters or homes. We have changed with the time, but our home is where we breathe our last. After all, what is in a word? Nothing. Only perception of the times that we live! Of course, with memories!

More in my next!

1 thought on “The making of Soundaryam Comfort and Retirement Homes”