I commenced my post retired life as an army veteran on 4 July 1995. I joined the contractor who built our house in Kovaipudur, his son in law and, the landowner of our first project, who was a professor in a college. Thus, was born my entry into the real estate segment with the 18-acre gated community named Paripoorana Estates! I learnt the basics of real estate including creating a concept, development, creation of infrastructure, getting statutory approvals, marketing, sales, customer relations and, construction. I learnt to deal with architects, design and drawings from design engineer and the architect. I learnt construction from masons, carpenters, plumbers, electricians, site engineers, supervisors, storekeepers etc.! I learnt project planning, execution and monitoring progress of work and allocation of labour based on planned construction on a daily basis. I learnt documentation at the site so that all modifications requested by the client are fulfilled. On completion, I had to do an audit to ensure that each villa was competed without any defects.

I took part in exhibitions from Mumbai to Delhi to Chennai. I was the one who answered all emails, phone calls, answered queries, corresponded with clients, website design and also learnt digital marketing, design websites, writing scripts etc. (a novelty those days!). My learning about real estate development was on the job. Entirely different from what I was trained in the army! Was that my destiny or fate or karma? About that some other day, I shall pen.

The project was completed in five years with lots of ups and downs. Paripoorana Estates came out to be a landmark project, but it was not Paripooranam for me. Even today, our clients remember me since the houses in that community speak for their quality and aesthetics. I have even arranged for Bhumi Poojas as well as Grahapravesams. I learnt even to do Kolam with rice powder, hang maavilai, flower decoration at the entrance door, arrange for lights, breakfast and lunch from caterers, and even a cow for the Grahaprevesam! I closed down the Company Sankar Realtors Private Limited in 2001 after the project was completed. I saved Rs 8 lakhs in five years!

Covai Property Centre (I) P Ltd started functioning on 14 Dec 2001 in a three-bedroom apartment in Pioneer Apartments adjacent to Residency Hotel, Coimbatore.The share capital was Rs six lakhs! We could get a good view of the kitchen of that hotel! Sometimes, the aroma of exquisite cuisines that the hotel dished out to its guests filled our office. Most of the time we had to endure terrible stink when they “back washed” their kitchen or washed the dishes and endure the noise from the trucks coming to offload groceries, vegetables etc.  But the location was prime and part of the CBD of Coimbatore on Avinashi Road! 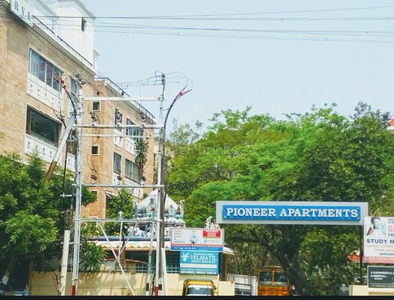 I remember my first team “Mere Paanch,” – one of them is still with me! Our General Manager was Seshachari Mohan, my classmate from MEA Higher Secondary School, New Delhi. He studied in the Lodhi Estate Branch and I, from Mandir Marg Branch. We met in Coimbatore, after Mohan retired from a Bank as an Officer. He was a religious man but smoked! I had stopped smoking in 1992 and tried my best to wean Mohan out of this habit but failed! He quit smoking in 2006!

Our families knew each other. In fact, Mohan bought a house in Kovaipudur where I started my civilian life after I hung my uniform! Being a Bank Officer, I had no problem with running of the office as Mohan used to ensure immaculate accounting and I used to be at the sites where construction was taking place. He also helped me with his wise counsel for selecting projects like Madhuban Apartments, Gem Nirmaalayam and our first senior living project Soundaryam Comfort and Retirement Homes etc. I also ran a petrol bunk of Reliance on Palakkad Road (NH 47) and Mohan was the one who made me decide to take that opportunity as Reliance wanted the Operator of the Petrol Bunk to be a veteran from the armed forces! Mohan and his wife now live partly in the US with their children and partly in Bengaluru.

Gayathri barged into our office when we were getting some interiors done for the opening of our office. She came with two of her cousins and asked, “who is the boss?” I said, “I am.” She simply said, I am looking for a job, even a Receptionist” and handed over her CV. “Please call me if you need my talents!” and, she left. I liked her confidence and employed her as our Front Office Executive. She moved away to Bengaluru after a few years but even today, she is in touch with my wife and me. 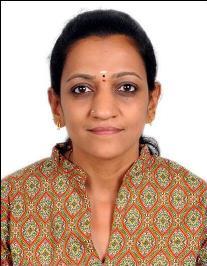 Sugalesan was the first civil engineer that we employed. A confident and well-mannered civil engineer who had his eyes for joining the armed forces. He joined the Indian Navy after working a few years but was sent with a back injury. He became a banker and did well for himself. He now trains boys and girls to join the armed forces!

Sunanda was the Accounts Executive. She was an efficient and quiet worker and kept the account books well maintained. Mohan helped her whenever she needed help. One day Sunanda’s mother called me and said that a man named Suresh would be coming to meet her as they were considering Sunanda to marry Suresh. We were taking part in an exhibition and Sunanda was also there. The “boy’s party of about four men came and wanted to take Sunanda to the café to speak to her. I did not permit all of them going with Sunanda but asked Suresh to take Sunanda and have a chat over coffee! After they left, I asked Sunanda about Suresh and she told me that he is a civil engineer who was working in Dubai and that her parents may not permit her to go abroad!

Marriages are made in heaven. A Few days later, I got a call from Sunanda’s mother who informed me that the engagement has taken place with Suresh and that the wedding would be a few months down the line! They left for Dubai but returned after a few years. Suresh and Sunanda worked for Covai!

Muthu Kumar was our Office Assistant. We had an elderly man in our office building who was addressed affectionately as “Gounder”. He wore a Veshti and white shirt or a Sandow banyan and was responsible for all utilities, housekeeping of the block that housed our office. A few days before we opened our office on 14 Dec 2001, he brought Muthu Kumar and left him with me and simply said, “give him a job Sir and take care of him”! We needed an Office Assistant who can do the errands, go to bank and also make tea for the Team of Five! He agreed to be the office assistant for a salary of Rs 1,500/- per month. I bought him a cycle! Muthu Kumar learnt his work with the bank, going to auditor office, posting letters making tea and serving etc. Mohan literally groomed him. Within a few years Muthu Kumar was the best dressed man in our office! I once asked him the name of the shop from where he bought his clothes! He said, “you will not go there Sir. It is Uppu Kinar Veedhi, off Raja Street. Very crowded street and these shirts are very cheap – not even Rs 100/-!”  Muthu Kumar is still with us. He now rides a Honda Scooter, still a bachelor and continues to be the best dressed man in our office! Of course, he does not make tea and serve anymore!

A few years ago, we imposed a rule that if anyone was caught by me for not wearing the helmet and the chin strap properly strapped, he or she will be fined Rs500/- and we will have a party in the office! We had a few parties. One day, Muthu Kumar almost lost his life when a bus came so close to him that he hit the road median and went for a toss on the busy Trichy Road. His helmet which was strapped broke into two, but his head was saved. He came to the office next day with a few bruises and narrated the harrowing accident that he had for no fault of his. When I asked him about the helmet he said, “Sir I have kept the broken helmet in our Pooja room and say prayers since it saved my life!” We bought an ISI Helmet and gifted it to him!

They were ‘Mere Paanch”. Only Muthu Kumar is still with me. Others left and many more have since joined, and some have left. I always give my team their due (though many times they have been victim of my anger!). We follow a simple policy – “Employees first. Customers second” One of our residents told me that world over, customer is the king and why have you reversed that policy. My simple explanation was, “if I take care of my team, they will take care of the elders whom we are expected to serve!” Building a team and retaining them motivated to work, is not easy. It is easier in the army than in the civil street. But, I have realised that if the team is good, they will stay with me in bad times. In good times everyone will be with you, anyway! 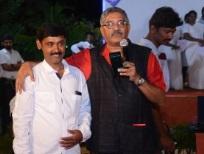 A building needs strong basement. Basement is the first part of the building that comes up. The basement of Covai was built by these five individuals who did not know each other but laid the foundation of Covai. In course of time, others joined to complete the building, when Covai grew to become CovaiCare.

While I value each member of Team CovaiCare, these founding members of Covai will always find a special place in my heart. Only yesterday, Gayathri called me to inform me that her mother is no more after a brief illness. Sad news. But all my residents and my team share that bond that we established to build one BIG family of CovaiCare. That is the family that stays together in good times and more so, in bad times.

More in my next!

1 thought on “The origin of Covai – Mere Paanch!”