Known as “Parsis” or “Iranis” for later waves of Zoroastrian migrants, this small and tight-knit community has since built impressive businesses and charitable institutions in India. But their most well-known legacy remains culinary. 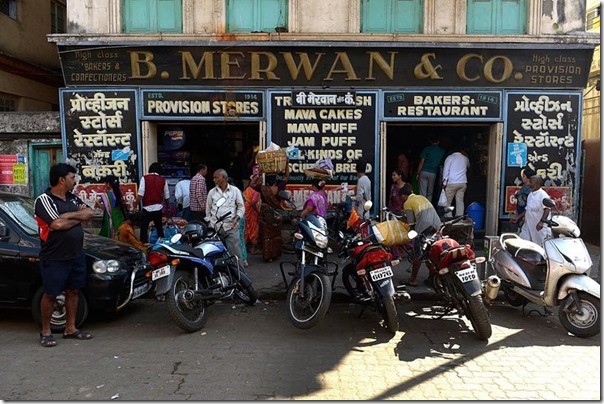 “People are crazy about Irani food,” says Sarosh Irani, the co-owner of B. Merwan & Co, a Parsi-style bakery and cafe in Mumbai. Waking up every night at midnight, he takes the train to work and arrives by 3 a.m. to carry on his grandfather’s tradition of baking his breads and pastries in a wood-fired oven.

By 7 a.m., the cafe’s famous mawa cakes are warm and fragrant, and the doors are opened.

Eager to build lives for themselves in their new home, hundreds of Zoroastrians opened restaurants and cafes like Irani’s between 1890 and 1940, with more established Parsis often supporting newer Irani arrivals with small loans. Serving cheap, tasty food in simple but stately decor, they became the Greek diners of India. Frequented by diplomats, day labourers, and everyone in between, they helped shape India’s largest city by bringing people of all classes, genders, religions, and ethnicities together over cups of chai.

Indians cherish the timeless quality of Parsi restaurants. But this adherence to tradition—a type of authenticity celebrated by modern food culture—may lead to their extinction.