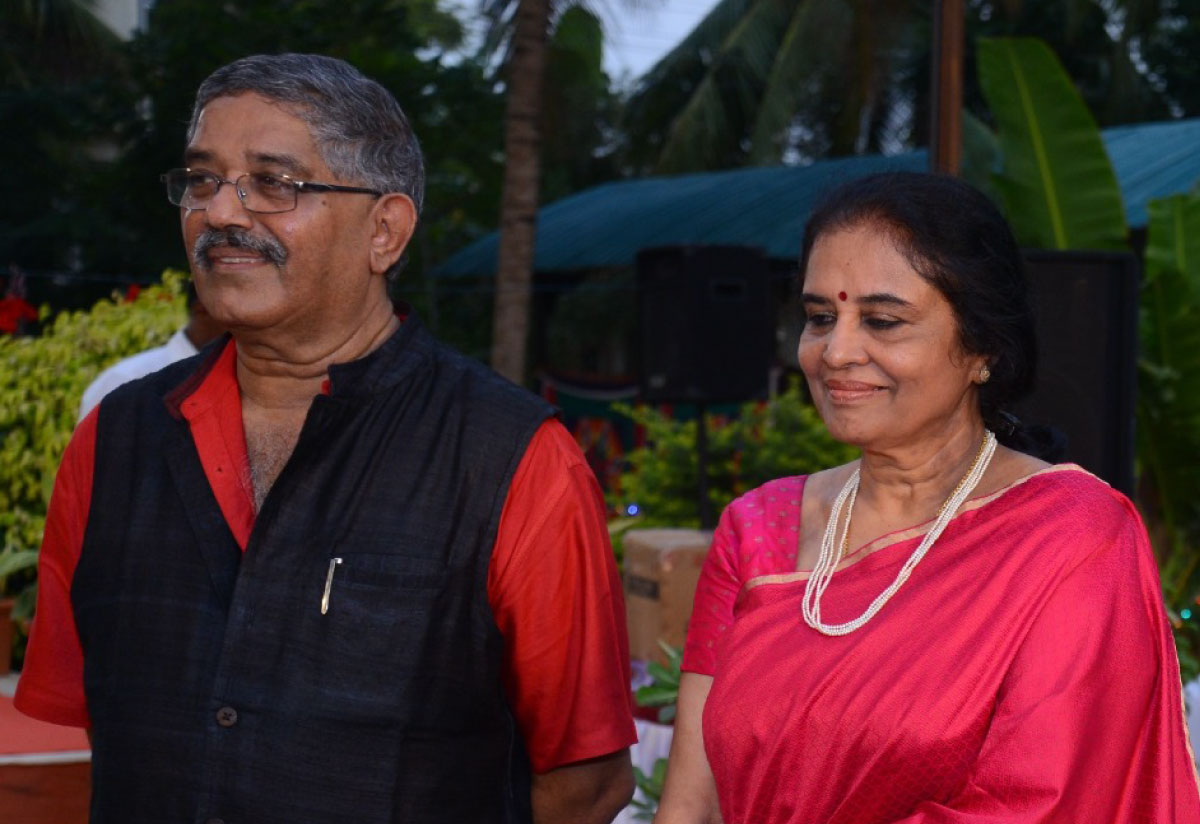 I belong to a generation where “arranged marriages” were in vogue. “Marriages are made in heaven” and I add, “we make or break our marriages on earth!” In good old (what else but old?) days, child marriages were common. It still is, though we are arguing about marriageable age for men and women should be 21 years!

An elder man (not woman) living on the street or village would suggest (defacto order!) “why not Mani get his son married to Sundaram’s daughter?” The bride would be around 6 -8 years and the groom around 12 or 13 years! The wedding invitation in Tamil had the sentence, “Periorgalal nichiyakka pattu” meaning, “as decided by the elders!” Today, who cares for the elders except ASLI members!

My father got married to my mother when he was 22 years, and my mom was 18 years of age! One day I asked my father, after I was a commissioned officer in the army, “what he saw in Amma?” His answer was, “I wanted a wife who could manage my joint family. Your mother was being brought up by her uncle after your grandmother died when she was about 6 years. I knocked on her uncle’s house in Vellore. Your mother opened the door and yelled that uncle was not at home and shut the door”

One day, when I was on annual leave, I accompanied my father for his morning walk. I was a young Captain and was about 27 years. I told him that he was not doing his duty as a father! He was baffled and said, “what is wrong with you? What duty have I not performed as a father?” I reminded him of his age when he got married and my age then! He said, “every time you came on leave for the past three years, you showed different girl’s photograph to your mother, and told her that she would be our daughter in law!

I am still waiting to know who she is so that I can fulfill my duty?”. I told him, “It was always one-way traffic. None of them wanted to break with tradition!” 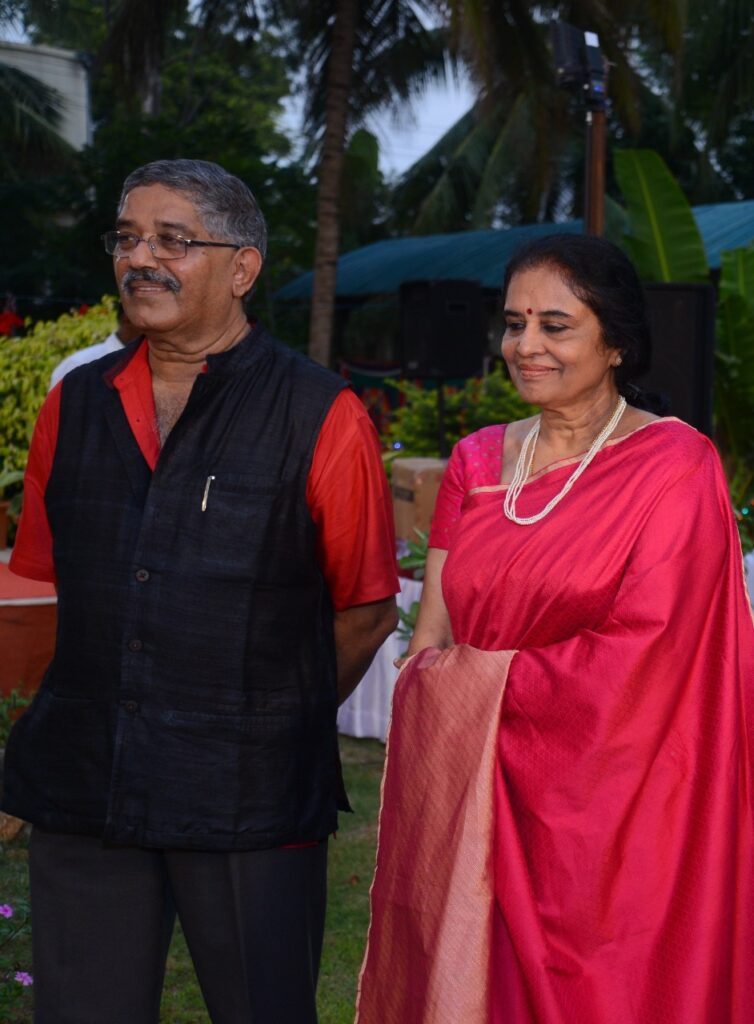 Being a journalist, he swung into action! Matrimonial advertisements were given in The Times of India, Bombay (now Mumbai), The Statesman, Calcutta (now Kolkata), The Hindustan Times, New Delhi and
The Hindu, Madras (now Chennai)! He was meticulous and opened a file and replied each “enquiry” with his typewriter (I have it with me!).

I was in Bombay spending some of my vacation in March 1976 with my sister (Malathi), brother-in-law(Krishnan) and my nephew (Arun) who was a baby. My father and mother would call Malathi or Krishnan and give the name of a prospective Bahu, her “bio data” and her parents’ contact details. My father would have already corresponded with the girl’s family, exchanged the girl’s and my photographs and, shortlist the possible match for their ladla beta!

The first girl that I saw was decked up in gold and diamonds. Her father was owner of some SME. I disliked gold, diamonds and exhibition of one’s wealth! The girl hardly spoke and there was nothing like, “would both of you sit in the balcony and speak to each other!” Her mother was very jovial and talkative. Her father was obviously quiet, since in a house only one of them can speak to show who is the authority! After the usual coffee and some snacks (called as Sojji Bajji in Tamil), it was time to leave!

Malathi and Krishnan never expressed their opinion on our way back until I gave mine! I said, “I do not like the walking – talking Fort Knox, but the girl’s mother!” Fort Knox is the place where the US Treasury keeps its gold reserve! Malathi and Kannan were aghast but immediately concurred with my opinion about the girl (not her mother). On our way back home, we bought two bottles of beer to drown my sorrow! On return, my parents were informed that the girl was not fortunate to be part for our family! Male chauvinism? 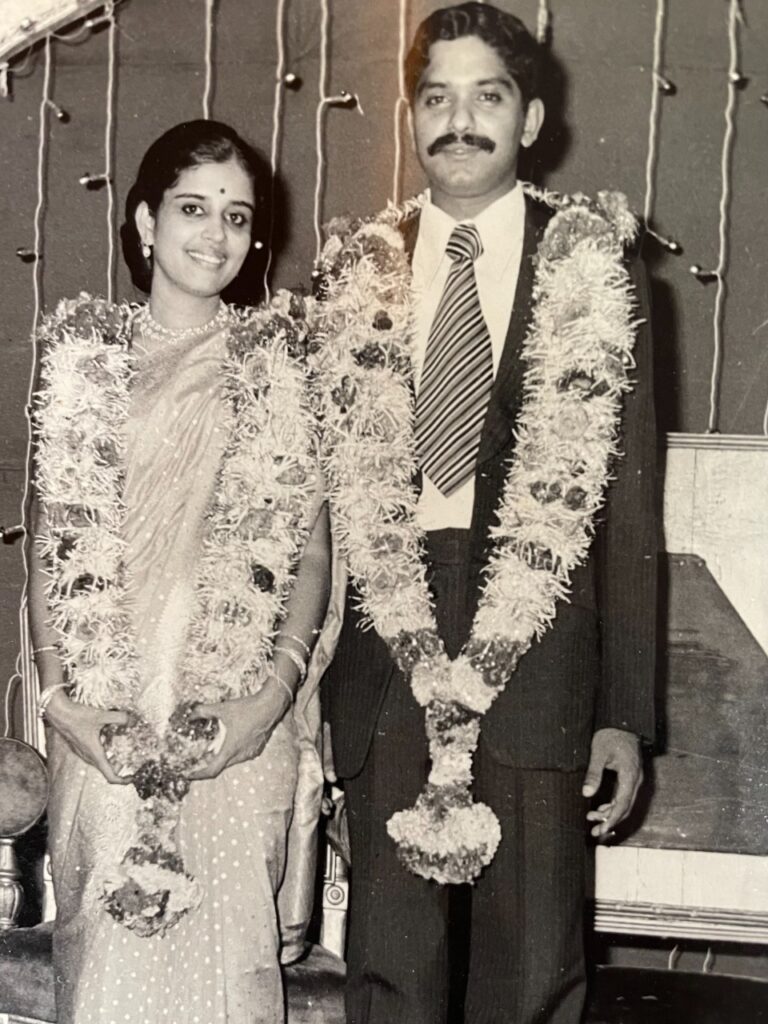 After a couple of days, we went to see the second prospective bahu! Her father arranged the meeting ina four-star hotel in Mumbai. Four-star hotel. Wow! We met the girl, her parents and her married sister with a child. The girl used the phrase “come on” after almost every alternate sentence. I thought that she must be
going for horse racing in Mahalakshmi in Bombay, where you would hear so many “come ons,” cheering the horse on which you bet! As a young Captain with Rs 1000/- as my salary, I imagined how I would be able to afford such luxuries like horse racing, if I married that girl. When it was time to leave, we left stating that “we will revert.” In the car, I told Malathi and Krishnan about my apprehensions and that I liked the girl’s sister! My sister hit me on my head for such thoughts. Two bottles of beer returned home and drowned my sorrow!

The third girl that we went to see was distantly related to my aunt. My aunt talked about this girl, her family and suggested that I go and meet her (not see). Her father was a senior employee of the Tatas. Off we went to meet her in their house.

As usual I carried Arun. We entered and after some basic introductions, I saw the girl. I got extra blood pumping in my heart. During the Sojji -Bajji time, the girl’s mother, Malathi and Krishnan were talking to each other and I did not speak. The only question I asked the girl was, “what have you studied?” Promptly came the answer, “B Com, Stella Maris!” Her name is Chitra. I told my Malathi and Krishnan that I like Chitra. We celebrated with two bottles of beer!

I was undergoing a career course of 13 months in Deolalinear Nashik, which is the Gunner’s Home. My parents flew down from New Delhi, went to Chitra’s house andtook her out for dinner! Next day, I called Malathi from an STD booth, spoke to my father and mother. They said, “Chitra is the ideal bahu for the family!” Rest is history. We got married on 18 June 1976 and these 46 years, Chitra has been with me, seen my ups and downs in my life. Supported me in all my major decisions including, throwing away a promising career in the army and choosing our second Innings. When I once asked her what she saw in me when we met, she said, “you did not speak when we met. How you fooled me!”

I do not realize how the time has flown. We have two brilliant daughters who chose their life-partners and have given us two adorable granddaughters. My father would have been proud of his granddaughters, since they did not give any headache to their parents, when it came to their marriages.

Yes, marriages are made in heaven and we make
it happen on earth. Our journey continues.