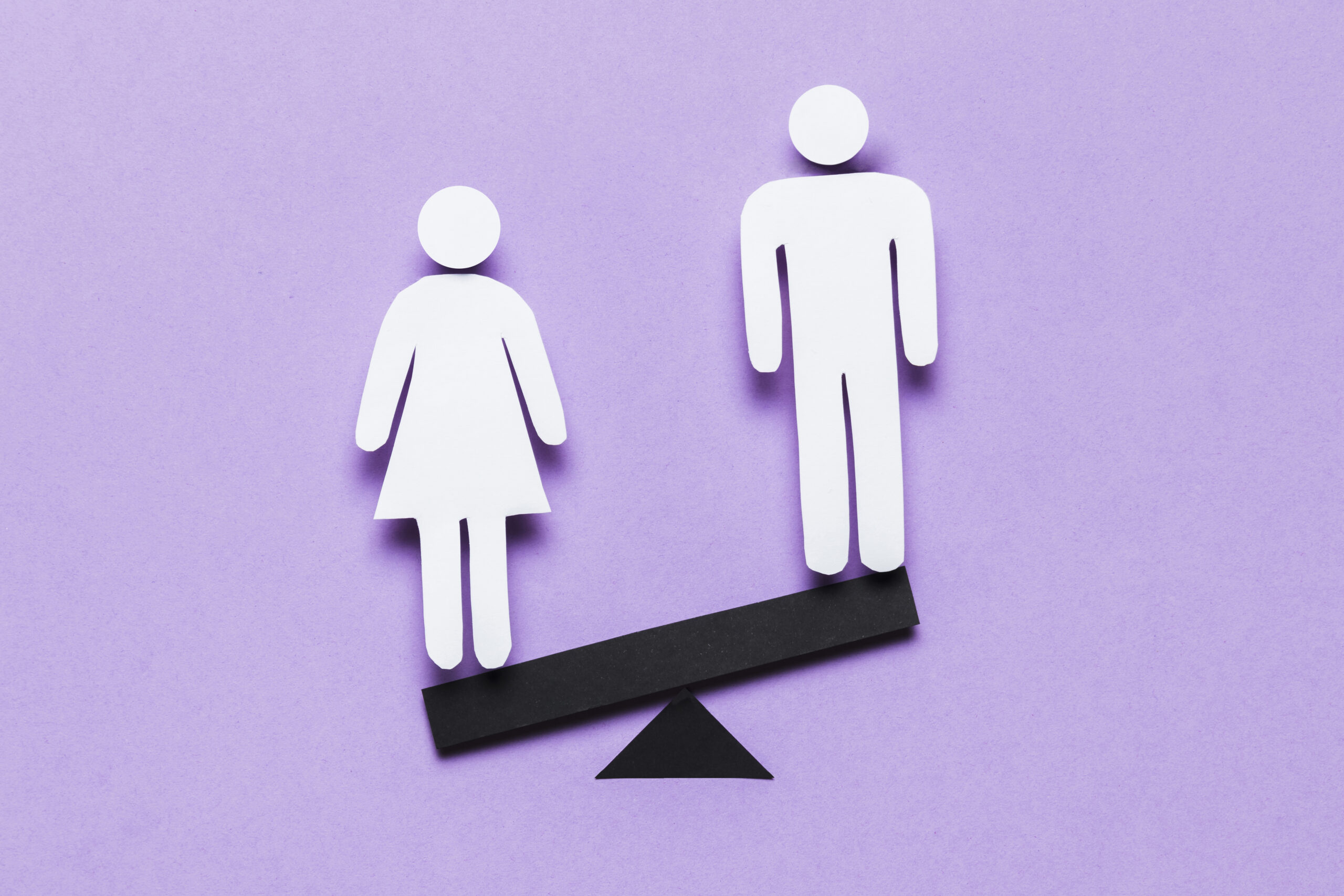 I am Krishnan from the Covai Vani podcast team and in this podcast I am going to be in
conversation with Revathi Bhasker and Malati Jaikumar, my colleagues and friends from the
same team.

As always, lovely doing a podcast with you, how are you both today?

Hi from Revathi! We are fine and looking forward to the podcast which I presume is on the Big
Gender Divide?

Hello everybody. I am Malati and I am really thrilled to be involved in a discussion on a topic
that is very close to my heart.

When I was thinking about the status of women not only in India, but across the world, except in
a REALLY few progressive countries, your names were the first to come to mind, as both are
liberated women and achievers. Malati was a journalist, Communication specialist with
experience in the British High Commission and UNDP, and is a writer and author. Revathi is an
economist, banker, writer and social network innovator. Both are ideal podcast companions.

Just one statistic before we begin. Recently, New Zealand Cricket announced a pay equity deal
so women and men earn the same match fees. That was really good to read.

You know India has some really tremendous male dominance issues. I say this with a lot of
pain and anguish in my mind, as I believe that we men are more responsible than women for
this problem.

Why has India slipped so badly in the last few years with the gender inequality ranking standing
at 135 among a total of 146 countries in the Global Gender Gap Index 2022?

Let me begin by asking you, Revathi, why are we so poor in the rankings and what do you think
are the reasons?

The Global Gender Gap Index is based on 4 parameters – Economic Participation and
Opportunity, Educational Attainment, Health and Survival, and Political Empowerment.

The index Economic Participation and Opportunity considers the participation of women in
the workforce and the pay gap. Though more women have moved into paid work and
leadership positions, societal expectations, employer policies, the legal environment and the
amount of care-work continue to impact their career trajectories.

Political empowerment is the sub-index where India is ranked the highest at 48. More women
in political leadership tend to create a powerful role model effect with decisions representing a
broader spectrum of population.

India is placed at the very bottom of the health and survival sub-index. Anaemia—the marker
of women’s health as well as female morbidity and mortality presents an alarming picture. As
compared to 25.7% of men, 57% of women had anaemia, which means that nutrition is a huge
concern.

Malati let me ask you, what you think are the main issues in women being so deprived of their
rights, even when our constitution guarantees it? For example, the bill granting one third
reservation of seats for women in Parliament has been pending for years! And in India it seems
to be a crime to be born a girl child.

The fundamental causes are the patriarchal society in India, widespread poverty, illiteracy and
unemployment.

It is indeed a crime to be born a girl in India. The discrimination begins right at home. It is
shocking to know that 1000 girls die before reaching the age of five. Some are killed soon after
birth or even as a fetus.

On the education front even if a girl goes to school there are more dropouts at an early age as
they are needed to cook and clean at home and look after smaller children. Girls being
educated are still well below 50 per cent. Even educated women are not aware of their rights.
They are mentally conditioned to accept all forms of humiliation. As part of a patriarchal society
they have no voice.

As for the Bill granting one third reservation for women in Parliament it could have been passed
if not for political and caste nuances. It is true that in some rural areas there are more women
Gram Pradhans than before. But they are a figurehead. In reality their husbands, brothers, and
fathers run the show. So while on paper there is more women participation, in actual fact the
men call the shots. However, there is no doubt that women form a huge part of the vote bank.

There will be millions of examples of gender inequality in India, but could you give me some
main areas where women and girl children are treated as even lesser beings than second class
citizens?

Women are programmed only to give, while men are subconsciously taught to take. She
struggles to say ‘no’, while he cannot accept a ‘no’. Throughout her life, a woman is dictated to
– right from her choice of clothes, to type of education or job, when to get married, when to
have kids, how to be lady-like.

In the name of traditions and culture, girls have always been projected as less important than
boys, affecting even the basic quality of life. Girls and women have internalized these unwritten
rules so much over generations, that they also consider themselves as second class citizens.
Female infanticide, abandoning girl babies in garbage bins, or rivers, lack of proper healthcare

for expecting or new mothers still exist. Further, subjecting girls to mental, physical, sexual,
financial, moral abuse is not uncommon. The number of cases of acid attacks, eve teasing,
rapes, human trafficking, dowry related crimes continue to remain high. The tragedy is that the
victims are atrociously shamed more than the perpetrator.

By placing women on a pedestal – to be a perfect daughter, wife, mother, and glorifying the
“super woman”, we continue to set an impossible target for women, guilt tripping them to
sacrifice their whole and soul for the family, without considering their own health or life choices.

Malati, what do you think are the challenges before Government, judiciary and civil society?

The major challenge for the Government is the implementation of its policies. This could be due
to muscle power and corruption at various levels. There are not enough checks and balances to
ensure that the policies are enforced. Another stumbling block is the financial factor. All budgets
be it the Health Budget or the Women and Child Budget include women in the overall scheme.
But that is not enough to make a big difference. What is needed is a good look at a specific
gendered budgeting.

The main challenge for the Judiciary is the inordinate delay even in hearing a case let alone
giving a judgment due to the massive backlog. Justice delayed is justice denied. Women
sometimes do not take recourse to legal measures because they have lost faith in swift and
impartial judgments.

But civil society remains the root cause for spawning gender division and is the most difficult to
fight because it has totally permeated society at all levels – both rich and poor. Women
themselves are the worst perpetrators of evil against women. Dominant male members in a
family pressurize women to suppress and humiliate the younger female members. Domestic
violence and physical abuse at home teaches the boys to treat all women with scant respect.
Local customs and cultural practices also play a very big role in this.

I am going to throw the floor open as I feel you both are more than capable of taking this
discussion to another level.

What are we missing out on by not maximizing the talents of both genders?

If we could maximise the talents of both genders, everyone could enjoy equal opportunities. It
would do good to children, marginalized groups, business, economy and
thus foster peace. A diverse workplace which includes gender diversity is a productive
workplace. Equal education and jobs also significantly reduce poverty rates, lifting an entire
nation and improving its GDP. Gender equality is also good for men – When there is gender
equality, men have more freedom about how they express themselves. This extends into
the career field, as well, since no job is considered “for women only.” Men receive parental
leave and family time without discrimination. Increased freedom of expression and flexible work
choices leads to happiness.

What do you imagine our country will be like if we get anywhere near gender parity? And what
impact do you think it will have on our productivity as a nation?

We will be a nation of men and women who can be torch bearers in almost every field be it
sports, arts, education, science, etc. The impact on productivity will be phenomenal. When
women get equal opportunity they will boost the economy, the health sector will be more
inclusive, all areas of science will see an impetus and more stars will be born in Sports and the
creative fields. All in all, we will be a nation to reckon with.

Greater gender equality can boost economic growth, enhance productivity, improve
development outcomes for the next generation, and make institutions more representative.
Research shows that if we had gender parity in the workforce, global GDP could go up by more
than 12% over the next two decades.

But we have to make sure we do it right. No discriminatory wages, no part time work, no low
paying, low productivity assignments, more women in critical management functions.
Empowering women is an equal responsibility if our goal is to improve our nations.

Finally, one big issue that we don’t think will go away on its own. How can we improve the life of
transgenders? A lot is being done, but is that enough? This concerns us in our daily life and
needs greater attention, don’t you think?

Most people are afraid of transgenders because of their aggressive behavior in public not
realizing that they are driven to it as a last resort. Even if it is not a visible congenital defect their
destiny is decided at the moment of their birth. The parents and the family reject and abandon
or kill the baby. From then onwards the child faces taunts, humiliation and mental abuse.
Schools reject them and education is denied to them. About 92 per cent of transgenders are
deprived of their rights and refused jobs. They live with a sense of isolation.

Trans people experience the reality of inequality, untouchability, revulsion and exclusion every
day of their lives. Yet, like all other human beings, trans people have fundamental rights – to
life, liberty, equality, health, privacy, speech, and expression but are denied these.

Many years ago, as part of my work with underprivileged children, I chanced upon a meeting
with a group of transgender people and the words of one of them left a deep impact on me.

I recall here in Hindi, what one of them said,

Thank you Revathi and Malati,

This conversation will hopefully add more voices to flagging up another critical issue that
impacts our lives. After all, greater awareness can bring about greater changes.

Thank you for your patience.

This is Malati, Revathi and Krishnan bidding a goodbye on behalf of the Covai Vani Team.